Shatter is produced through solvent-based extraction. It pulls THC along with other cannabinoids and terpenes from the plant material. Shop our selection of shatter products below: 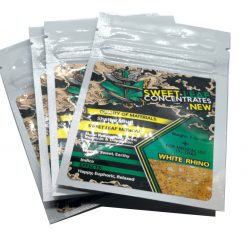 Add to wishlist
+
Out of stock 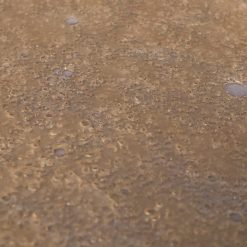 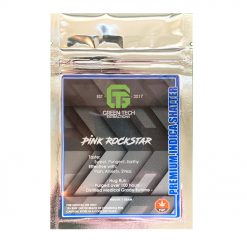 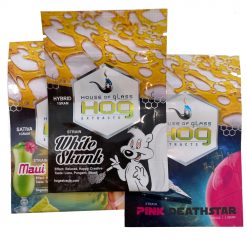 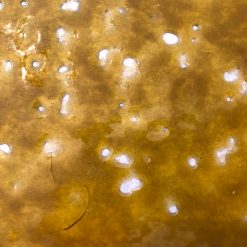 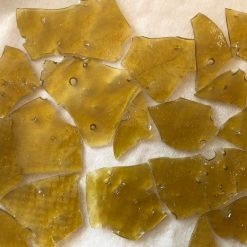 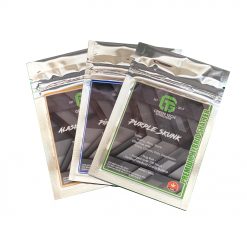 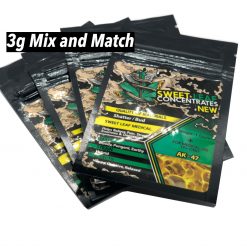 Add to wishlist
+
Out of stock

Shatter is the purest form of concentrated cannabis that resembles a hard candy in texture. The final consistency of shatter depends on its temperature. Cold shatter looks like a sheet of glass, but when heated, it looks more like thick honey. Your shatter may also vary in transparency and intensity of color depending on a range of factors, such as the number of terpenes and moisture levels, as well as heat the concentrate gets in contact with. Shatter boasts extremely high potency, with around 80% THC on average. The potency comes at the cost of shatter’s flavor. This product requires higher extraction temperatures to achieve the highest cannabinoid content, which destroys its many terpenes. Because of that, shatter is pretty bland compared to other concentrates.

How Is Shatter Made?

Shatter is produced through solvent-based extraction. The most common solvent used for making shatter is butane. It pulls THC along with other cannabinoids and terpenes from the plant material. This process is referred to as the butane hash oil (BHO) extraction. Because butane is highly flammable, shatter shouldn’t be made at home. Even if you tried to make this kind of concentrate yourself, you’d had a hard time achieving the purity level of professionally manufactured shatter. As mentioned, shatter has a solid consistency; it looks like glass and is easy to break, but it’s definitely not the most friendly material to work with. Before we give you the ins and outs of using shatter, let’s talk about its benefits for a second.

The Benefits of Using Shatter

Shatter is remarkably high in THC. For recreational consumers, this means stronger and longer-lasting psychoactive effects; the high also kicks in much faster. Cannabis concentrates like shatter, wax, or budder can elevate your experience with the herb to an entirely new dimension. Medical cannabis users, on the other hand, can reap the benefits from concentrates by gaining almost instant relief. Many patients struggling with severe inflammation, chronic pain, neurological disorders, and autoimmune diseases are turning to cannabis concentrates because they boast more cannabinoids than any other weed format on the market. Shatter is also believed to be a healthier alternative to other weed products due to leaving away the redundant plant material.